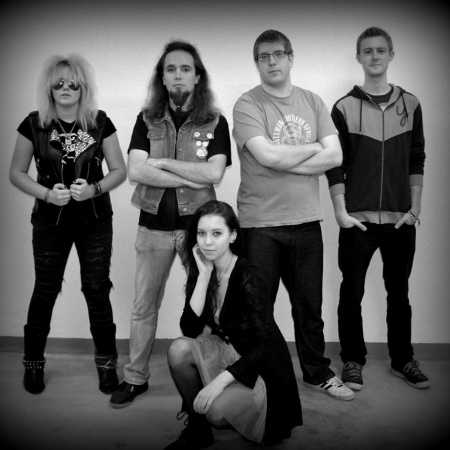 Mighty Rakes  Straight to the top

The band started in the spring of 2012, when the two met Jack and Martin on the DMV traffic University. The two time stacked's songs into a drawer. They found that, after this page means and so tried to do a few songs together. Finally, a little bit of the 2013 kicks decided to regroup a few musically-minded friends and home-recorded one of the songs-the result of šuplíkových to listen to the above. And in January 2014, to realize the proposal fell with the permanent members of the band and start playing properly. First, added a drummer and guitarist, Vojta, Adella, eventually joined the band singer Kaye. The band's first performance was on 28.6.2014 in modřanském Swamp Club. A few days later, the band left for lack of time the guitarist Adella. The band was looking for a new guitarist, throughout the summer, until after about a two-month absence of guitars, the band added guitarist Martin that his arrival has yet to close the current appearance of the band. The band otherwise styles rockers inspired by everything from 60. years to the present day. – Translated by Automatic service