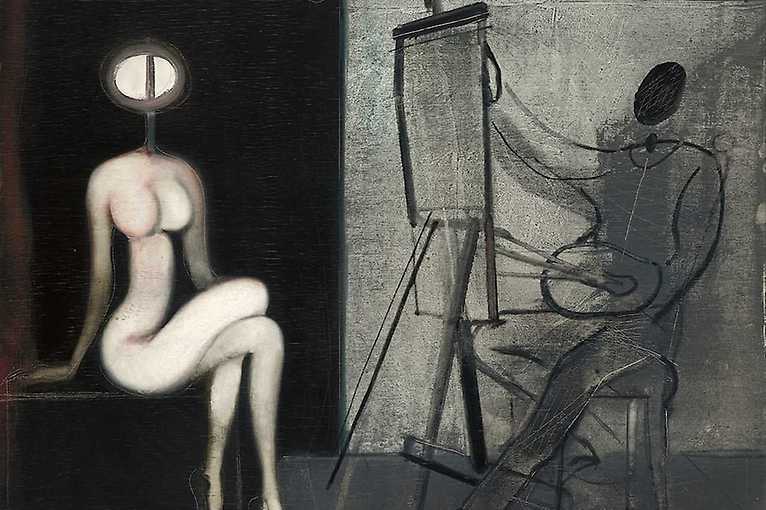 The activities of Mikuláš Galanda Group from 1957 to its last appearance in Berlin in 1969 played a significant role in the formation of Slovak fine art.

This late modern art, the representatives of which deliberately promoted the tradition of interwar modern art, retained all its characteristic features including the organized appearance with an artistic manifesto on the one hand and individual creative programmes on the other hand. The most important characteristic feature of their activities as a group was their shared concept of the process, subject, theme and contents of their works, a shared attitude towards the art and political events.

Yet, the nature of artists´ works was shaped by their individual life experience, mentality, skills and personal dispositions, which also guaranteed the uniqueness of their artistic works and credo. In 1972, the members of Mikuláš Galanda Group faced fierce criticism in the For Socialist Art volume and dismissal from the Association of Visual Artists, which implied at that time that they were banned from exhibiting. They returned to the art scene separately. It was not until 1989 that the artists received an ultimate accolade from society and scholars.