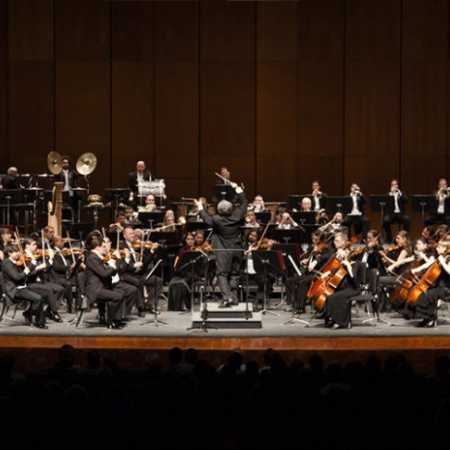 The Minas Gerais Philharmonic Orchestra was created in 2008 for the promotion of orchestral music in the State of Minas Gerais and elsewhere, nationally and internationally. Artistic excellence and dynamic programming are at the heart of the orchestra’s work. With ninety musicians from all over Brazil, Europe, Asia and the Americas, the orchestra has won recognition, particularly through the 2012 Carlos Gomes Award for best Brazilian orchestra, and its selection in 2010 as the best classical music ensemble of the year by the São Paulo Art Critics Association (APCA). In 2009 its music director and principal conductor, Fabio Mechetti, was honoured with the Carlos Gomes Award for best Brazilian conductor. The Minas Gerais Philharmonic currently performs at the Palace of Fine Arts, a concert hall in the city of Belo Horizonte, capital of the state of Minas Gerais. It tours around the state as well as other states in Brazil, and abroad. It promotes audience development projects such as educational concerts and open concerts in the parks and squares of Belo Horizonte. It participates in festivals and fosters innovative initiatives, including the promotion of Brazilian contemporary composers and young Brazilian conductors.