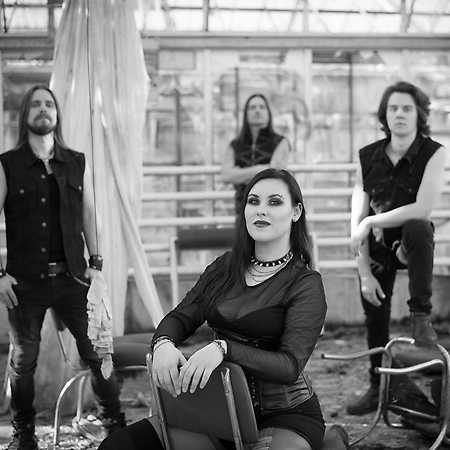 Mission In Black  Oceans Of Blood

About Mission in Black

Mission In Black is a Metal band from Germany that was formed in 2010.
They play their own unique mix of traditional and modern Melodic Thrash Metal; a blend of neck breaking riffs, harmonic guitar-leads, clean and brutal vocals, unrestrained drive and agression.
The band recorded the first full-length album Anthems Of A Dying Breed with the singer Becky Gaber in 2017, it was released in 2018.
For the release of the album and the upcoming shows Mission In Black had to be reformed. With new band members Steffi Stuber (vocals), Fabian Guist (bass) and Yannick Hartlieb (guitar) they started touring.
They played live shows all around Europe with bands like Brainstorm, Mob Rules, Undertow, Majetsy, Rebellion, Maxxwell, Bloodlost and Bridear and headlined the Shady Side Festival in South Germany.
In November 2018 the band re-recorded a few songs of their debut album with the voice of Steffi Stuber.