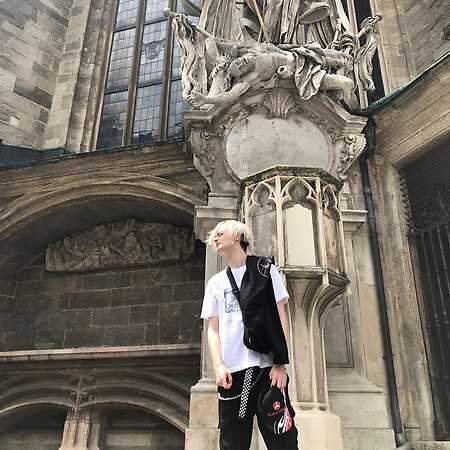 Yerbowanie a.k.a. młody yerba is a producer and singer from Ustka, living in Warsaw. He creates music on the spectrum of emo-trap, digicore and hyperpop. Closely connected to the Polish soundcloud scene and its roots. After releasing his album Baterie on Universal earlier this year, he returned to working in the DIY spirit, independently releasing a series of loosely connected singles. Yerba is co-founder of the soundcloud collective Kurnik.