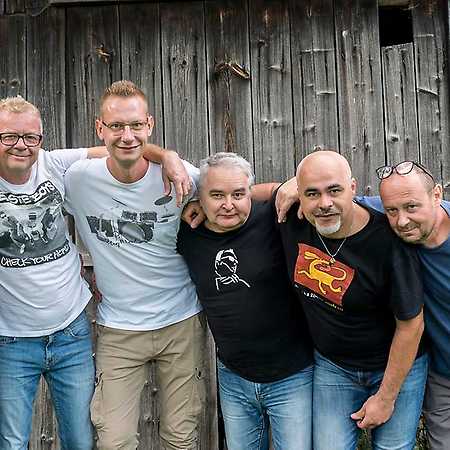 Mňága a Žďorp is a Czech musical group whose members are musicians coming from the vicinity of Valašské Meziříčí. The band has a rich history, which began in 1983. The hit The Hour Hotel, which is the first track on the debut album of the band, called Made in Valmez, is the band's most famous song. The special words that make up the name of the group come from the Silesian dialect.