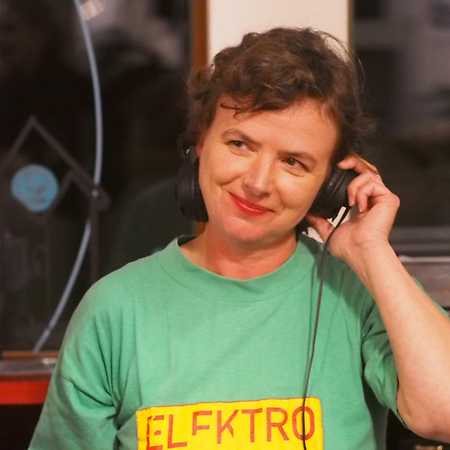 Mo Loschelder has been a crucial part of Berlin’s club culture. After studying painting with Gerhard Richter in Düsseldorf, she moved to Berlin in 1991 and became active as a DJ, producer, and label head, before establishing herself as a key force behind legendary venues Elektro and Panasonic.

Now, she can be found running agency Media Loca. She has organized events such as Perspectives festival in 2013, and Continuity and Change: Energy and Society after Fukushima in 2014, and is also a co-curator of the Heroines of Sound Festival. Since 1998, she has been an active part of female:pressure, the international network of female and non-binary artists established by Electric Indigo.