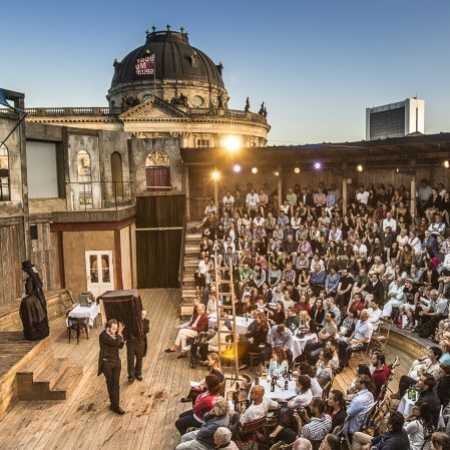 The Monbijou Theater is located in the Monbijou Park, in Berlin-Mitte, opposite from the „Bode-Museum“. It is one of the biggest open air theatres in Berlin having approximately 100.000 visitors a year. The theatre consists of two performance venues. In summer the amphitheater hosts one or two plays every day. In winter the fairy tale huts will be played from November until February. Apart from that other theatre venues like the theatre ship „MS Marie“ and the theatre barrow are being used for performances.