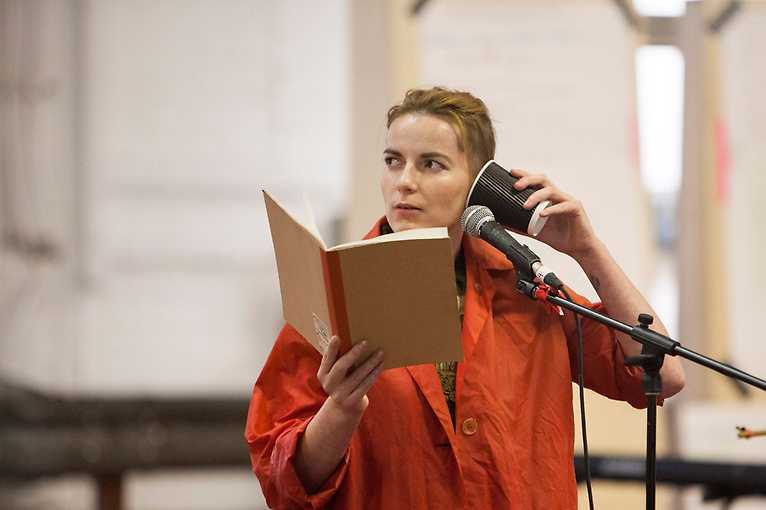 Mother Earth’s Doom Vibes is a project existing only in the form of performance / live act created by Justyna Banaszczyk and Edda Jarząb. During their performances they explore noise, spoken word, ambient, field recording and each other. In April 2019 MEDV was invited to a quadraphonic sound residence organized by Biuro Dźwięku Katowice. Justyna Banaszczyk aka FOQL has released an impressive amount of music on a variety of media, including New York Haunted, Always Human Tapes, Gooiland Elektro, and Pointless Geometry. Her hypnotic and unique style grows out of industrial and dark roots, and thanks to her weakness for experimentation, weight and the most innovative corners of dance music, she avoids banality, which can also be heard in her live performances. The artist, associated with the Oramics collective, released a new album on April 26th, Dumpster diving know-how, which was released by CGI Records from Atlanta. Edka Jarząb is a performer and sound artist, dealing with the voice and sonosphere of public space. She learned the method of “deep listening” from Pauline Oliveros and the Indian system of Hindustani raga in Waranasi. She founded the DJ collective Pinku Room. She sings in a group of Syrena improvisers. She creates sound spaces in dance theatre and film. She cooperates with the U-jazdowski Centre for Contemporary Art, the Museum of Modern Art in Warsaw, the Museum of Art in Łódź, the National Audiovisual Institute, the Common Table/Freedom Zone and QO2 in Brussels.