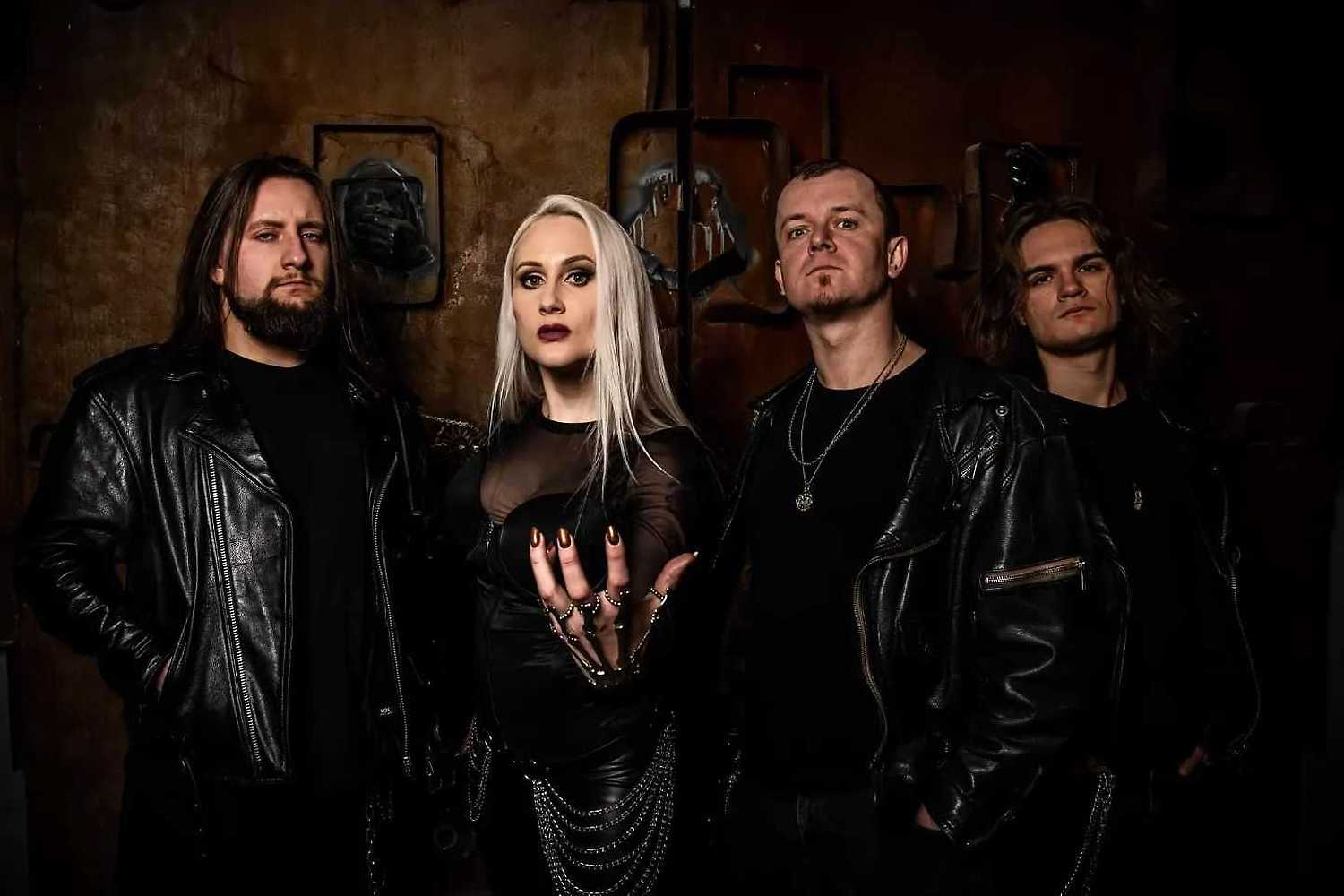 Moyra and Merkfolk play together as a part of “The Metal Witches Poland Tour”.

Moyra is a band formed in 2017 by vocalist Margo Szkoda-Hreczuch. Moyra is the child of many years of experience and was formed with the idea to create something new and fresh on the Polish metal scene. Moyra’s music is melodic death metal, although the musicians do not avoid experimenting and are very good at combining different atmospheres so that everything remains coherent, but also interesting for the current and future audience. The subject matter of the band is mainly life itself ideally combined with the mythical story of the Moyras – these goddesses held power over human life as well as over the divine. It was they who wove the threads of life and determined the path of life. Currently, in the guise of Moyra, the band presents a solid dose of energetic music, which carries a message, telling about the fates and problems from the perspective of one man and the whole world. Not forgetting at the same time the great power of nature, without which mankind would have no sense of existence. Merkfolk, on the other hand, was formed in early 2013 by siblings Irmina and Rafał. The band has been touring regularly since November 2013. They have performed, among others, at the National Folk Metal Rally, Ragnard Rock Festival (France), Kalevala Polish Tour, Hellhammer Festival (Czech Republic). They had the opportunity to play on one stage with Percival Schuttenbach, Kalevala, Welicoruss, Arkona, Primordial, Nokturnal Mortum, Wardruna, Skiltron, The Moon and the Night Spirit, Nine Treasures and others. The band’s name, loosely translated (from Norwegian), means “carrying folk”. Merkfolk’s songs are catchy melodies, played by accordion and fiddle, and heavy guitar and percussion, with a female growl.