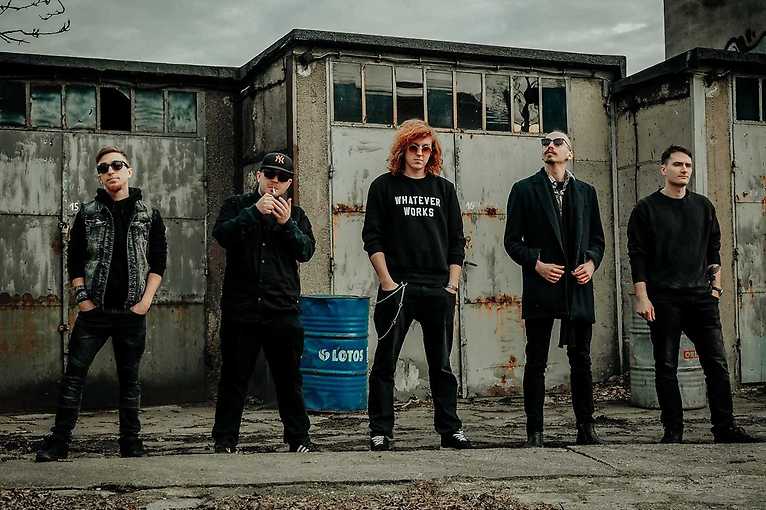 Mr. Tea is a herb full of alternative metal sounds that come from a room which is full of narcotic illusions, schizofrenic whispers, dancing shadows and many other thing and situations that we all love to imagine.Mr.Tea is a Poznań-based band which neatly, though sometimes brutally, combines the essence of metal music with Polish rap. In their work they find a balance between simplicity and complexity, chaos and harmony, peace and madness. Mr. Tea debuted in 2015 with the demo Tea Time. Soon after that Adrian Woroch joined the band and took the role of the band’s vocalist. In such a line-up, in 2018, during Antyradio’s Antyfest, the gentlemen got to the strict finale, where they played a concert in CK Wiatrak in Zabrze together with Kazik Staszewski. The group has repeatedly played on tour of the Figo Fagot Brothers, where they warmed up the audience, e.g. in the Warsaw Stodoła, A2 in Wrocław, B17 in Poznań or in Łódź Scenografia. In the meantime, Mr. Tea performed with such bands as Hope, The Sixpounder, Infected Rain, Materia, Lipali and Sweet Noise. Exactly one year after starting work on the album, on 5 June 2020 the band released their first studio album called Obsesja.

Impala was created at the end of summer 2009 and although it is true that each of the musicians has already had a rich stage experience, the meeting resulted in the creation of completely new sound horizons. Common interests in the post-hardcore and metalcore genre contributed to the creation of both melodic and strong sounding instrumental parts. They draw inspiration from the most outstanding Polish and foreign bands – from Illusion through Acid Drinkers, Flapjack to Glassjaw, Norma Jean, He Is Legend or Every Time I Die.

Transgression is a huge dose of energetic music with stunning and shocking lighting effects. They are the finalists of Anti-Festival 2018, semi-finalists of Mam Talent 2018, winners of many reviews and festivals. In the summer of 2019, they played spectacular concerts at the PolAndRock festival – Viva Kultura scene and at the 4th Zory Stage. One of the unique elements of the vibrant live performances of Transgression is the fluorescent characterization of the artists. On March 15, 2019, they released their debut album Brak równowagi by SP Records.