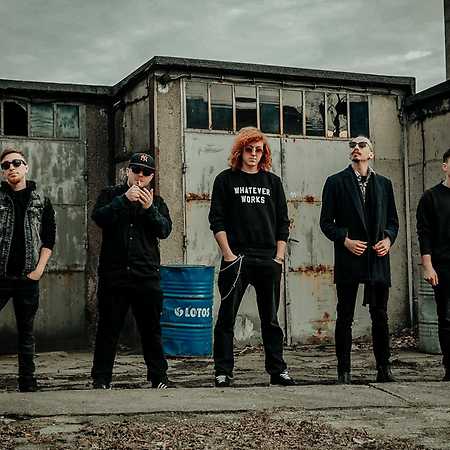 Mr. Tea is a herb full of alternative metal sounds that come from a room which is full of narcotic illusions, schizofrenic whispers, dancing shadows and many other thing and situations that we all love to imagine.Mr.Tea is a Poznań-based band which neatly, though sometimes brutally, combines the essence of metal music with Polish rap. In their work they find a balance between simplicity and complexity, chaos and harmony, peace and madness. Mr. Tea debuted in 2015 with the demo Tea Time. Soon after that Adrian Woroch joined the band and took the role of the band’s vocalist. In such a line-up, in 2018, during Antyradio’s Antyfest, the gentlemen got to the strict finale, where they played a concert in CK Wiatrak in Zabrze together with Kazik Staszewski. The group has repeatedly played on tour of the Figo Fagot Brothers, where they warmed up the audience, e.g. in the Warsaw Stodoła, A2 in Wrocław, B17 in Poznań or in Łódź Scenografia. In the meantime, Mr. Tea performed with such bands as Hope, The Sixpounder, Infected Rain, Materia, Lipali and Sweet Noise. Exactly one year after starting work on the album, on 5 June 2020 the band released their first studio album called Obsesja.