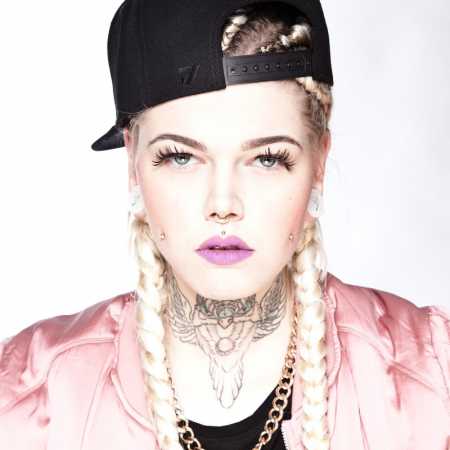 Mrs. Nina Chartier from Duisburg is a true Ruhrpott native. She grew up in the middle of the Ruhr area with integration and social problems, where she could always punch through with her direct and open nature.

She started writing lyrics at a young age and began to rap in early 2014. Since then she has appeared on stages of various hip-hop events, regionally and nationally. In 2015, Mrs. Nina Chartier self-released her first EP Chartier is the Limit as a free download with help from Ray Beatz 808 and Beatjunkie Rato, supported by the Ruhrpotter rappers Mazon and Nerd.

Due to the consistently positive response of Chartier is the Limit, the Berlin-based independent label None Faxen became aware of the exceptional artist and signed her in November 2015.