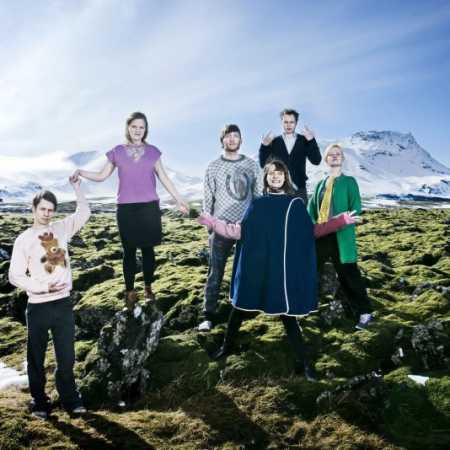 Múm is an Icelandic electro-experimental music group that managed since its inception in 1997 until the end of 2012 to issue a total of six studio albums, several compilations and participate in remixových plates. The idea to form a band, which would let the passage of wild experimentation, smooth and soft vocals and unconventional instruments, got two classmates from high school – Gunnar Örn Tynes and Orvar Bóreyjarson Smárason. In 1998 joined forces with two twin sisters – Anna and Kristina Gydou Valtýsdóttir, playing the cello and piano. In such an enhanced version released two albums, but the first official debut could muster until 2000, when published under the name Yesterday Was Dramatic, Today Is OK.

Ever since its inception, Múm prefer the unconventional sounds and experiments in the field of electronics, which they imprinted stamp of uniqueness and originality. Melodie stretch to širokodechosti, interlaced with cow bells or chimes, tinged Estonian choir or mixed composition will form a variety of sounds. Just pure Icelandic and yet utterly incomprehensible.