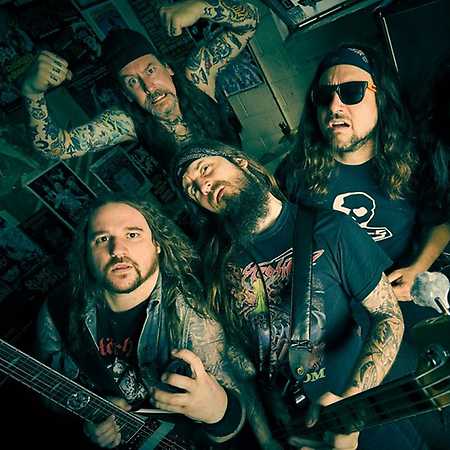 Municipal Waste is a crossover thrash band from Richmond, Virginia, formed in 2001. To date, the band has released six studio albums, three EPs and four splits. They have gone through several line-up changes, leaving vocalist Tony Foresta and guitarist Ryan Waste as the only constant members. In addition to Foresta and Waste, their current lineup includes Nick “Nikropolis” Poulos on guitar, Philip “Landphil” Hall on bass and Dave Witte on drums.

In 2003 they released their first studio album Waste 'Em All. Their sixth album was released in 2017.

The band members themselves have stated that they are influenced from groups such as Suicidal Tendencies, D.R.I., Slayer, Anthrax, Exodus, Testament, Sepultura, Nuclear Assault, S.O.D., M.O.D. and the Cro-Mags.

The band’s songwriting approach takes form in short, crossover thrash songs. Lyrical topics have to do with alcoholism, mutants, or Thrash Metal. The band has received the tag “Party Thrash” from the media and their song titles are also comedic, or give nods to their influences such as Thrashing’s My Business and Business is Good, The Thrashin' of the Christ, Thrash? Don’t Mind If I Do and Drunk as Shit.

We All Gonna Die