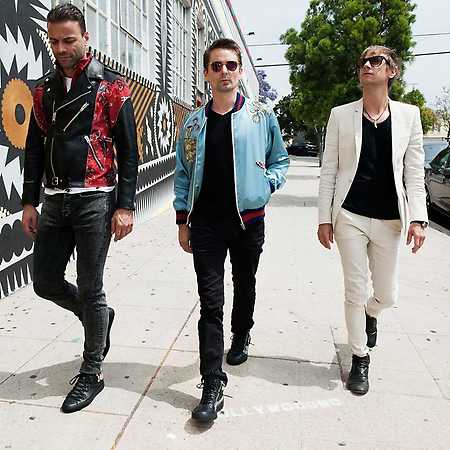 Muse was founded in 1994 in Teignmouth, Southwest England, when schoolmates Matthew Bellamy, Christopher Wolstenholme, and Dominic Howard came together. The band reached a wider audience thanks to the single Neutron Star Collision, which became the core piece of the soundtrack for the film Twilight (third part of the Twilight saga). The band has received two Brit Awards, one Grammy, one American Music Award, four Kerrang!, nine NME Awards and countless local MTV prizes.

Muse seeks inspiration not only in classical music but also in music icons such as U2, Radiohead, Queen and David Bowie. Several rock varieties can be found in Muse’s track elements- from alternative to glam, new progressive, space, symphonic and progressive metal, back to indie – blending together with electronic music elements into a surprisingly harmonious mix.