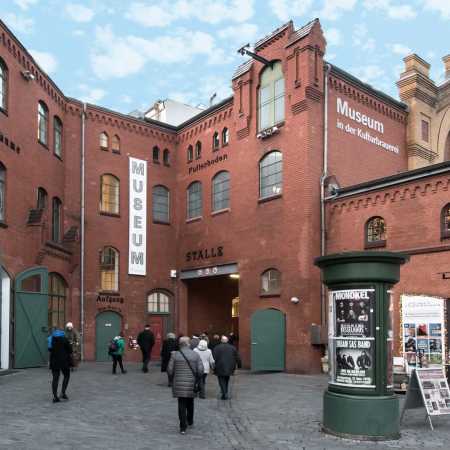 The German government foundation „Haus der Geschichte“ shows at the Museum in the Kulturbrauerei at Prenzlauer Berg the permanent exhibition „Daily Life in the GDR“, that illustrates life reality in Eastern Germany with objects, documents and audiovisual examples.

The exhibition was opened in 2013 at the multicultural center Kulturbrauerei that has become one of the biggest cultural institutions in Berlin. On 600 square meters the stress ratio between ideological entitlements of the SED-government and Eastern German life reality is illuminated. Thereby, the topics influence of the SED on the daily life, life in the collective, contrast between promises of the party and reality and retreat of Eastern Germans to the private are shown with around 800 original objects, more than 200 documents, film- and sound samples as well as biographical reports.

The entrance to the exhibition and the multilingual audioguide are free. Since 2014, additional temporary exhibitions about contemporary German history are presented.