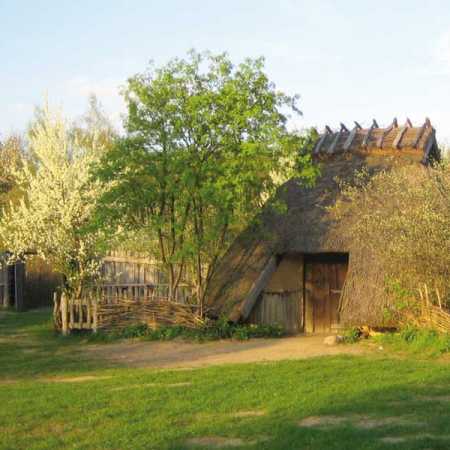 The "Museumsdorf Düppel“ (museum village Düppel) is an open air museum, located in the Berlin-Zehlendorf district Düppel. It was founded in 1975 and shows a reconstructed medieval village in the style of what it might have looked like 800 years ago. According to historical resources and archaeological discoveries, not only houses have been rebuilt on an area of approximately 8 hectares, but everyday costumes and agricultural work processes have also been reestablished.