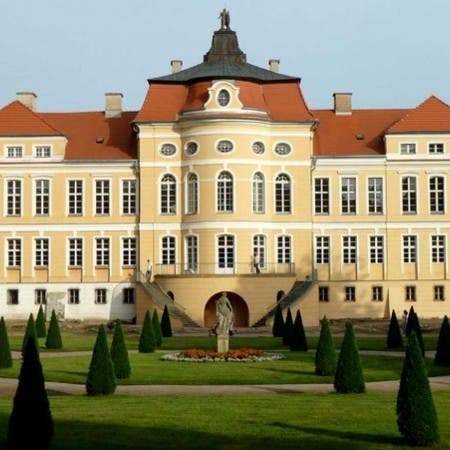 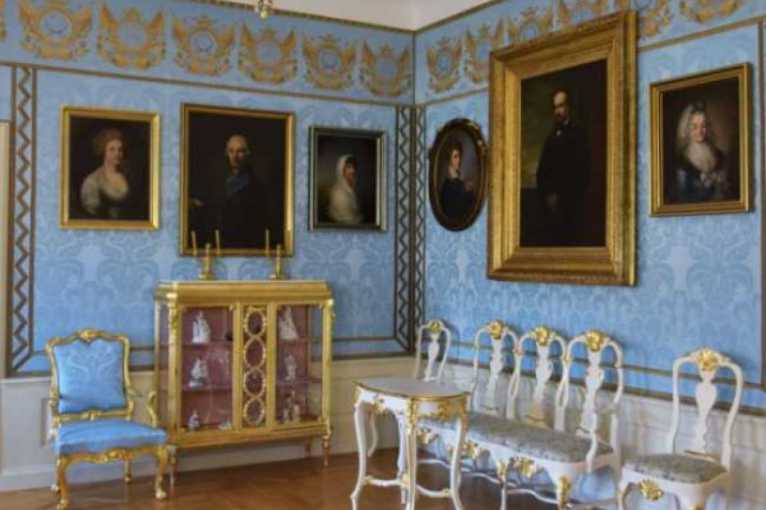 The palace in Rogalin was built in the years 1770–1776 by Kazimierz Raczyński, who held the office of Crown Writer and later became general starosta of Wielkopolska and court marshal of the Crown. It was on his initiative that a late baroque palace layout in the entre cour et jardin type (between courtyard and garden) was created, which has survived to this day in its original form. The author of the design was probably a Saxon architect active in Warsaw at the time. In the years 1817–1820, Kazimierz's grandson, Edward Raczyński, extended the layout with a landscape park and erected at its edge the church of St Marcelino with the Raczyński mausoleum in the lower storey, modelled mainly on the Roman Maison Carrée in Nimes, France. In 1910, a gallery building was erected to house the collection, which was open to the public and regarded before World War II as the best collection of contemporary painting in the Polish lands. After the war, the palace became a branch of the National Museum in Poznan, which it remains to this day.