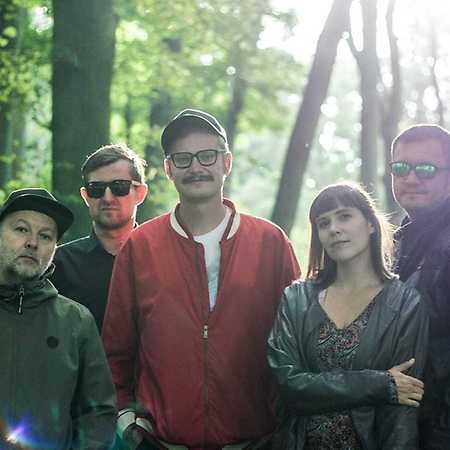 Muzyka Końca Lata is the most romantic band in the district of Minsk, which captures the heartbreaking dilemmas of commuters in their songs. The quintet longingly looks back on the 1960s, the times of big beat. The group’s songs capture the atmosphere of growing up and everyday life in the province near Warsaw, in Minsk Mazowiecki. The band has received many positive reviews from critics, who most often used a triad of terms to describe their work: “unpretentious, sincere, charming”. In spring 2011, a compilation of Daleko od szosa was released on the album attached to Lampa magazine, gathering songs of independent bands singing in Polish, such as Muzyka Końca Lata, Pieka Kulki, Ballady i Romanse, Płyny, Sorry. The originator of the project is the leader of Muzyka Końca Lata, Bartosz Chmielewski. The album includes two pieces by his band, Duke and Sopel.