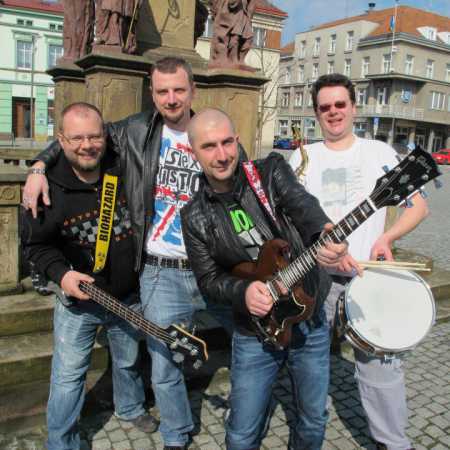 It is already more than 20 years, when the band played their first Nation Each live performance. Originally under the name When the raft played his first concert at the premises of the grammar school in Broumov. Music critic John Špulák it in the magazine Rock Pop called & one of the characteristics of the bands in Eastern Bohemia. Since 1990, the band performed at various events the best region, where was accompanied by bands such as three sisters, and the Žďorp Mňága series, Garage, followed by even wild appearance on punk rock festival in Poland. In 1991 launched the nation Wearing the legendary trutnovský festival of the Trend. In 1993 the band falling apart, primarily from the study of individual members, who fled after the Republic after the various universities. In the spring of 2013, after 20 years, gives the band together again and begins once again touring. – Translated by Automatic service