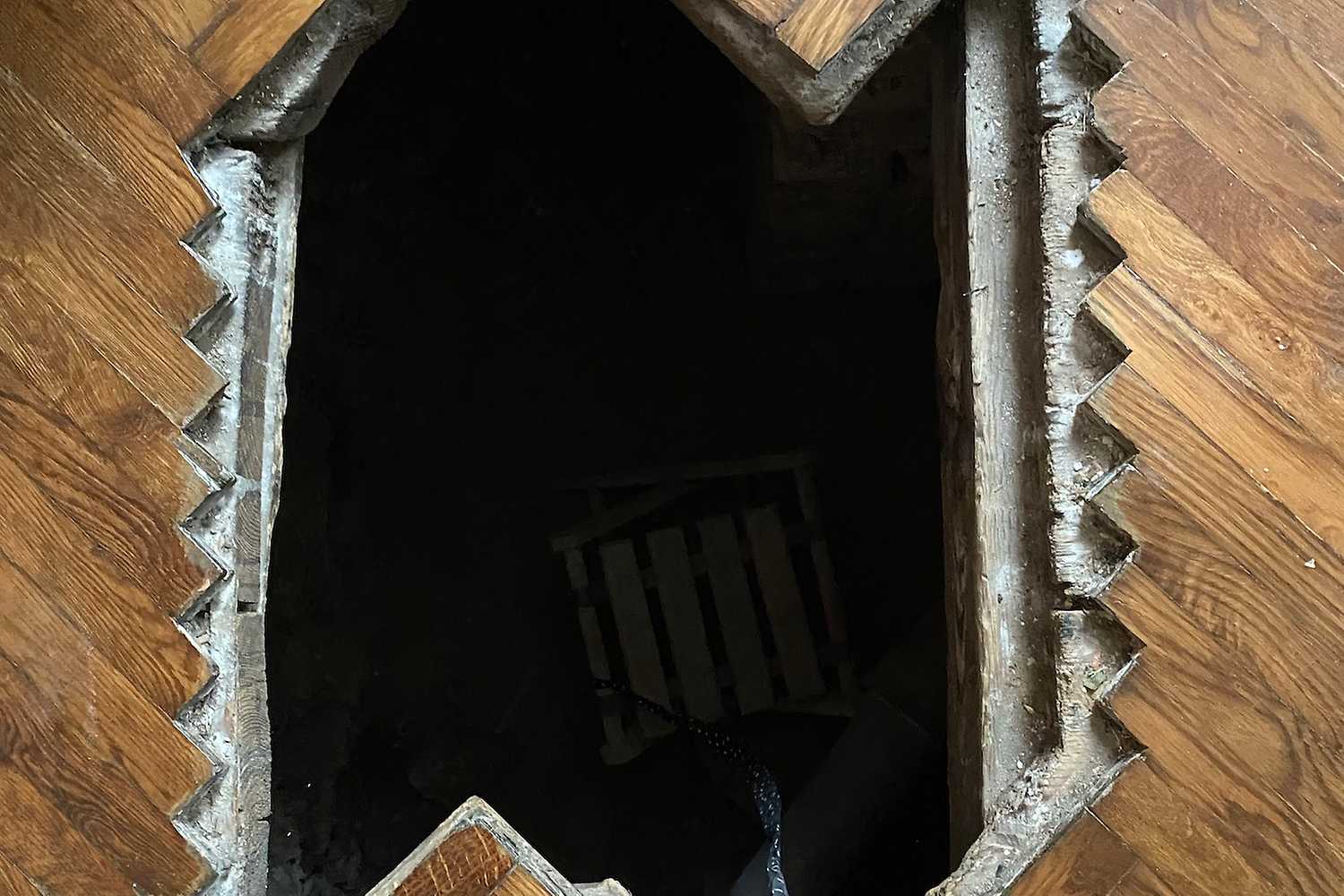 Natalia Romik’s exhibition is an artistic tribute to survival architecture, the hiding places built and used by Jews during the Holocaust. They used tree hollows, wardrobes, urban sewers, caves or empty graves to create temporary shelters. In the exhibition rooms of the Zachęta gallery, mirror casts of nine hiding places from Poland and present-day Ukraine are presented. The sculptural forms are accompanied by an exhibition presenting the results of interdisciplinary research carried out by Natalia Romik and Aleksandra Janus together with a team of anthropologists, historians, archaeologists and urban explorers.

Artistically modifying models of the hiding places, which by definition must remain invisible to the unauthorised eye, Romik plays with visibility as an essential property of their architectural form. The tragic history of the Holocaust is the starting point for a universal reflection on methods of survival in situations of existential threat, their bodily, social and architectural dimensions. The installation pays tribute to the daily toil of those in hiding and those who provided hiding places, their creativity, solidarity, and will to live, often overlooked in the tradition of heroic commemorations that celebrate mainly heroes and leaders. It also problematises the theme of commemorating invisible architecture which, despite its invisibility, is an important historical testimony. At the same time, models of the hiding places connote a place of human seclusion. They can also be read in a broader existential perspective, such as the tragedy of refugees and giving them shelter during migration or persecution in countries threatened by military conflicts.

The exhibition reflects on fundamental problems of architecture and social coexistence, such as the relationship between form and function or the design and use of space. The hiding places were often created ad hoc, out of the need of the moment, in places originally unsuitable for it. They are a testament to the architectural creativity of users who had to secure the basic needs of sustaining life — sometimes for many years — with minimal resources, without being able to radically alter the space available to them. Attics, cellars, caves, trees or even tombs were given a completely new function, the condition of which was to maintain a semblance of their previous form — to provide effective protection, the attic had to look like an ordinary attic and the tree like an ordinary tree.

The exhibition is at the same time a summary of the research process carried out using an interdisciplinary repository comprising architectural and artistic techniques, archival research and social science methods. The project is part of a broader trend of reflection on the cognitive potential of architecture and art, using it to reflect on the community established in situations of threat — be it political, economic or climatic.