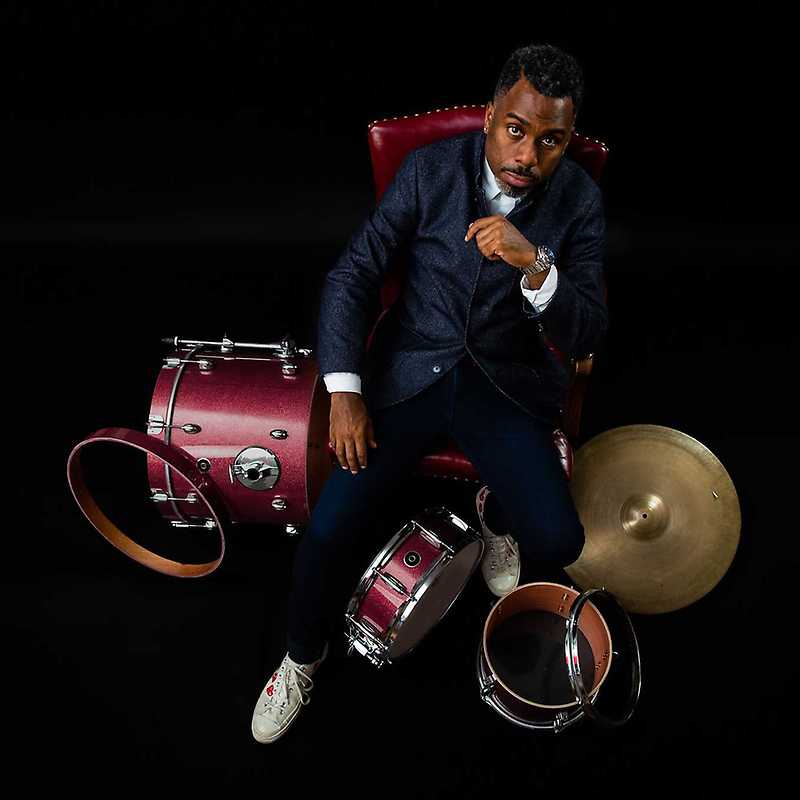 Nate Smith, drummer, producer and songwriter, has been a world music elite for almost two decades. He came to the attention of fans and world musicians in 2003, when he started playing with the Dave Holland Quintet. Since then, he has performed alongside stars such as Pat Metheny, Dave Holland, Chris Potter, José James, John Patitucci, Ravi Coltrane and many others. Nate Smith has been a sought-after drummer for many years when he recently began a solo career.

In 2017, he released his debut album Postcards from Everywhere with the Kinfolk project and immediately received two Grammy nominations. In addition to the jazz scene, he has also ventured into pop rock, collaborating with the spinoff band Vilfpeck, The Fearless Flyers, Brittany Howard (from Alabama Shakes) and performing with composers such as Emily King and Van Hunt. He also has many fans on the Internet, where his videos have millions of views. Nate Smith's music draws on a variety of music genres, bringing together modern jazz, R'n'B, folk and pop.