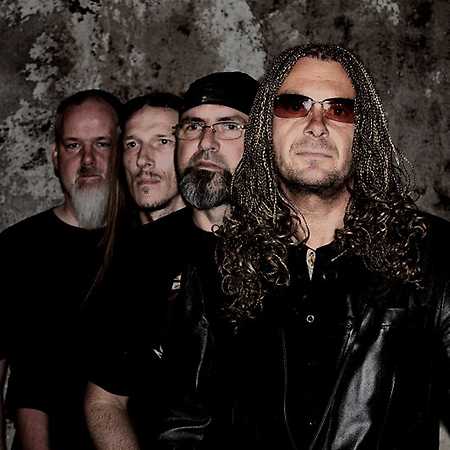 Necronomicon is a German thrash metal band from Lörrach, founded in 1983, initially as a punk band. However, soon after a stylistic change before their debut self-titled LP, they became one of the most important thrash metal projects in the country and are keeping this status to this day. Recognising the urban character and punk roots that made the band so original, fans and media alike responded enthusiastically to the debut, which caught the attention of the thrash metal scene and garnered not only praise for the band, but also created the solid foundations of a fan base, that has remained with the band throughout the years. Persevering through lineup changes, studio fires, problems with labels, the band continued to release music and is still actively touring and coming out with new records.