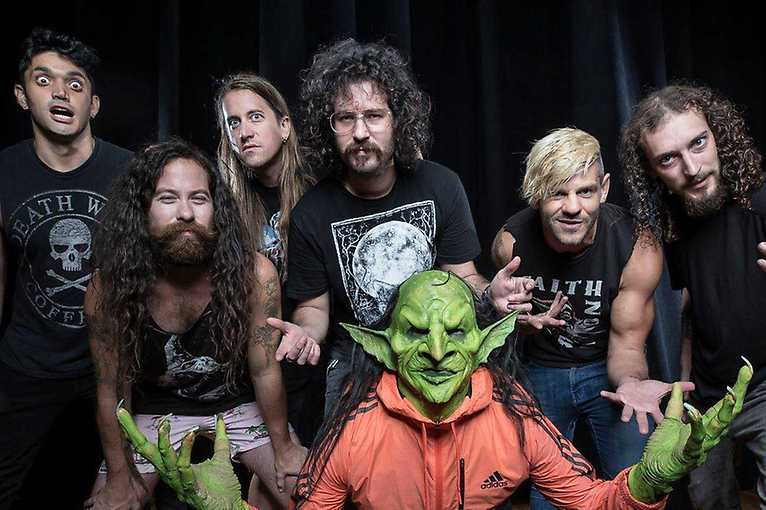 Nekrogoblikon is a California melodic death metal band whose central lyrical and aesthetic theme is goblins. In their songs, they arrive from outer space (They Came From Space), battle humans (Army of Goblins), crawl out of lairs on their island (Goblin Island) – it’s hard to give these sentences context, as Nekrogoblikon firmly shy away from it. Their sound is just as absurd – it’s maximalist symphonic metal, inhuman speed and overblown EDM synths. Joining them at their first show in Poland are Hostia, a Warsaw deathgrind outfit with similarly elaborate lore.

Nekrogoblikon  No One Survives