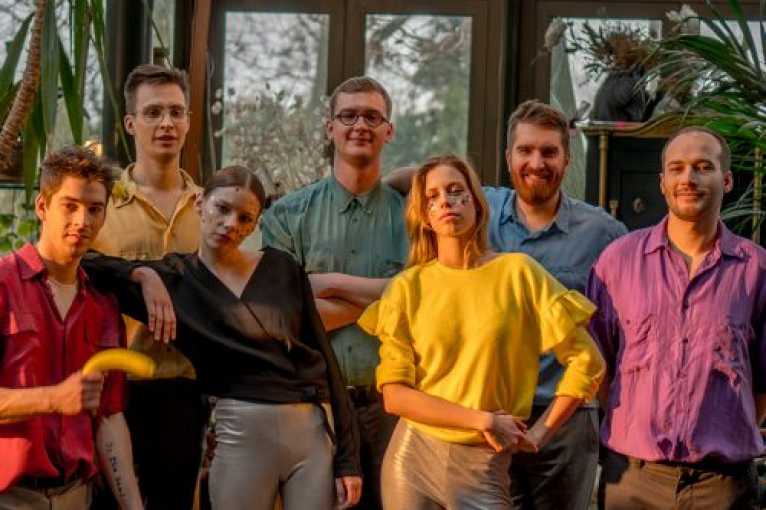 New People is made up of seven musicians connected by love for writing songs and singing. The band includes musicians known from bands like: The Car In On Fire, Magnificent Muttley, Crab Invasion, Drekoty, AlaZaStary, Eric Shoves Them In His Pocket. The New People debut is like a strawberry cocktail, except that instead of strawberries there is American soft-rock from the 70’s and disco music from the late 70’s and 80’s. Ten mature songs are saturated with warming motown rocking and colorful vocal harmony – there are two vocalists and four vocalists in the band. The songs are arranged in a mini-story about parting, loneliness and a positive exit from life’s corners. At the same time, they are the embodiment of the idea of ​​open, inclusive, engaging music, filled with dance-like durability. The 7-person New People collective has recorded an entertaining and introspective CD, after which you want to go back to the classics of Chic and Michael Jackson, or simply eat a grapefruit or go for a jog. Grapefruit have many properties that are beneficial to health: they accelerate metabolism, they are a rich source of vitamin C and beta-carotene, thanks to which they strengthen the body’s immunity.