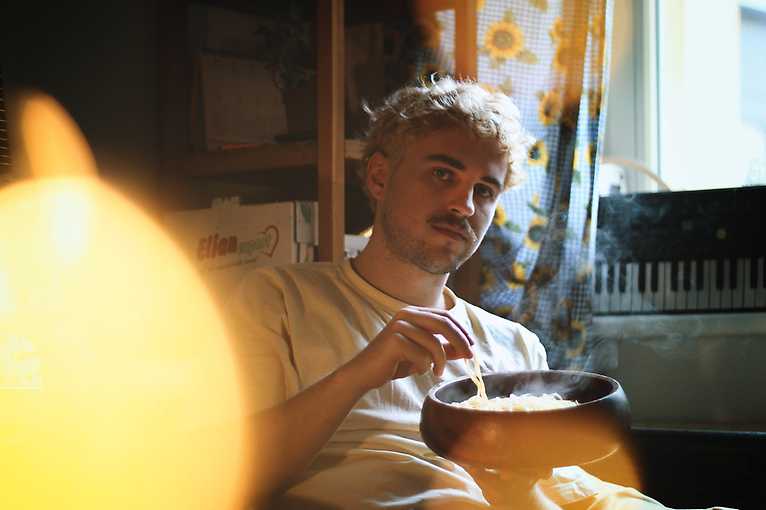 Julian Werl aka Nichi Mlebom is an Austrian multi-instrumentalist, producer and singer-songwriter who has currently found a second home in the Brno alternative scene. He has recently released an eponymous debut on Korobushka Records / Big Cake Records / Bughead Records. Its lo-fi catchy melodies slightly remind of Mac DeMarco and there is an omnipresent topic of mental health and how today’s society is ruining him thoughout the album. For live performances Nichi Mlebom is accompanied by Vendula Pukyšová and Antonín Mika (both sinks) and Peter Kušnírik (e.g. ex-Nikander, True Fir). They will play together in this setting in Underdogs on Wednesday, 27th October.

Diist is a Czech personally linked to the Learn or Go Society label. They play cold melodic post-punk influenced by the 80’s UK sound with post-rock and krautrock moods and hazy sad vocals. Their latest EP No Love has only been released in August, but they might come to Underdogs' with some new stuff already.