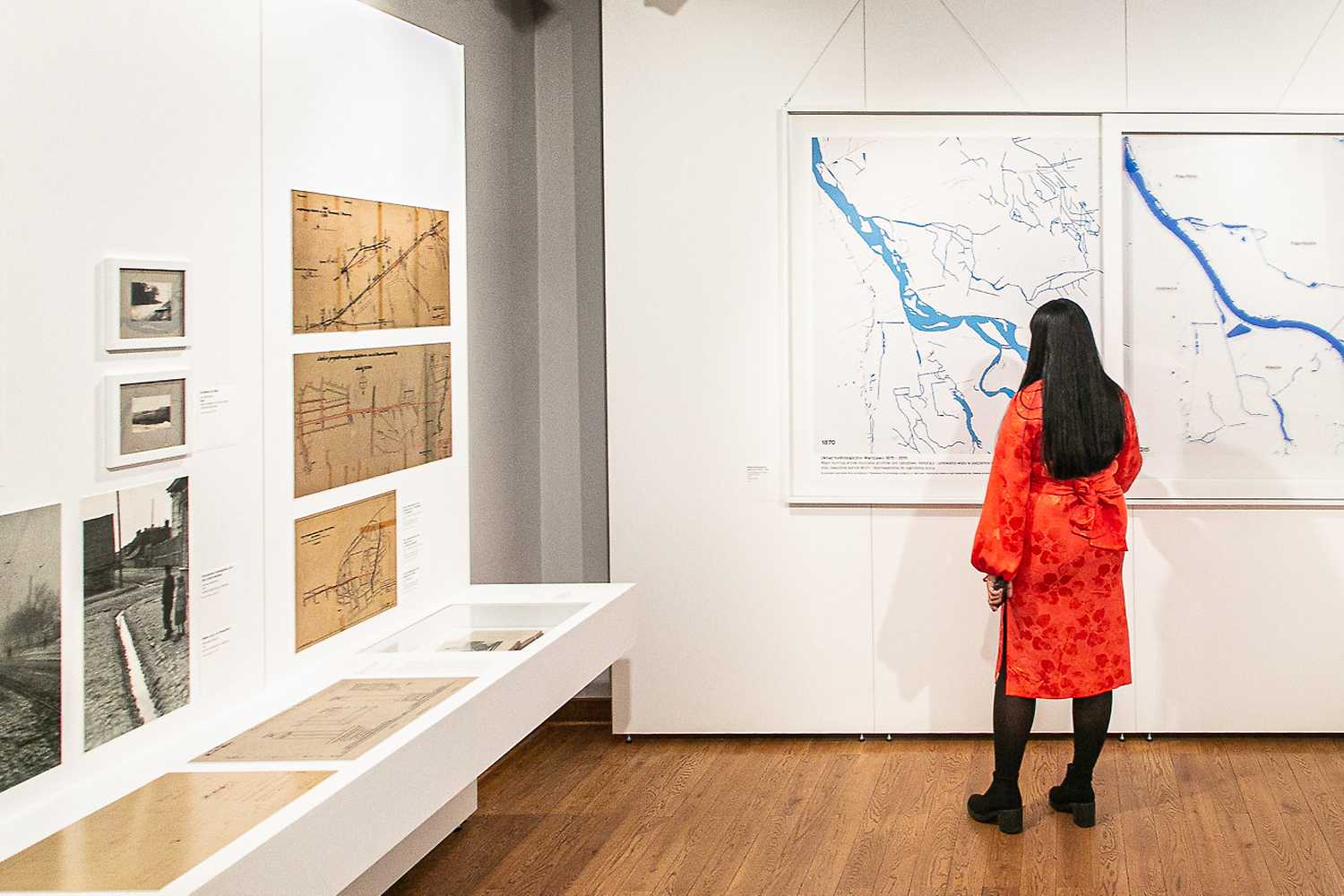 Drna, Sadurka, Żurawka, Pólkówka, Bełcząca, Brodnia – these are just a few names of the rivers that meandered through Warsaw. Some of them no longer exist, and some still flow underground. Why did they disappear?

Nowadays, the Vistula is considered to be the first and foremost Warsaw river. However, the hydrographic network of Warsaw was – and partly still is – much richer. The exhibition Let Them Flow! Other Rivers of Warsaw tells the story of Warsaw’s numerous rivers through old plans, maps, graphics and photographs. It will be possible to trace their course, learn about their biographies, see the remains and contemporary traces hidden in the names of districts or streets. The historical water network will be superimposed on the contemporary map of the city – literally and metaphorically, restoring the Other Rivers of Warsaw to the memory of the city’s residents.

Through the exhibition the Museum wishes to patch up the gap – in the map of Warsaw and in human memory – and to rediscover this natural, vital resource, the wealth of the area we inhabit. By learning about the history of Warsaw’s rivers and the process of their disappearance it will be possible to better understand the essence and importance of taking care of those water areas that still exist in Warsaw and constitute living proof that Warsaw relied on rivers and their pools. While in the historical part the exhibition points to the presence of rivers, the “taming” of which allowed the city to develop, the contemporary part refers to the “draining” of Warsaw, partly as a process of earlier “taming” of rivers.

The contemporary part of the exhibition draws attention to the essence of connected vessels, which are the river networks. Their degradation not only significantly affects the environment, microclimate and climate change, but also the development of cities during climate catastrophe. We will show, among others, a film about Zakole Wawerski by the Zakole Group (Zuzia Derlacz, Krystyna Jędrzejewska-Szmek, Ola Knychalska, Olga Roszkowska, Pola Salicka, Igor Stokfiszewski), one of the last wetland ecosystems in the Warsaw area or a photographic documentation of the activities of Cecylia Malik and the River Sisters group. For years the artist has been involved in the protection of rivers through artistic and activist activities. You will also see works by artists and activists/activists: Centrala (Malgorzata Kuciewicz, Simone De Iacobis), Save the Rivers Coalition, Wetlands Conservation Center / Association “Chrońmy Mokradła!” (CMok), bogna.pl, Jarek Lustych, Diana Lelonek, Martyna Miller.