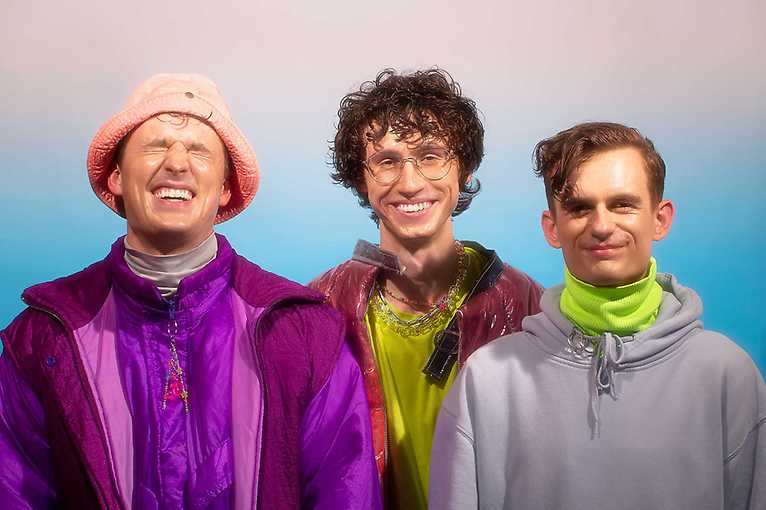 Premiere concert celebrating the release of Niemoc’s album Kilka Najlepszych Dni W Życiu. That evening, the band will be accompanied on stage by guests who appear on the album. “Notorious Debutants” talk about themselves with irony, because although the trio Niemoc has been around for 7 years, they are still described as “young talented”. In 2014, Filip Awłas and Michał Drozda met in Zielona Góra. Soon Radek Reguła joined them and with this line-up Niemoc started releasing more singles and EPs and quite quickly became known as a concert machine. Soon the electronic-guitar sounds of the band could be heard from the stages of the biggest festivals, and the experience gathered during this period translated into the first full-length album entitled Baśnie, released in 2019. Soon, all members of Niemocy moved to Poznań and the work on the next album began. In addition to expanding their musical influences and sound palette, the band also decided to involve vocalists. Kilka Najlepszych Dni w Życiu contains 10 new compositions. Apart from instrumentals characteristic of Niemocy, the album features vocal contributions from Kacha Kowalczyk (Coals), Misia Furtak, Michał Wiraszko (Flies), Tęskno and Próżnia (Undadasea).