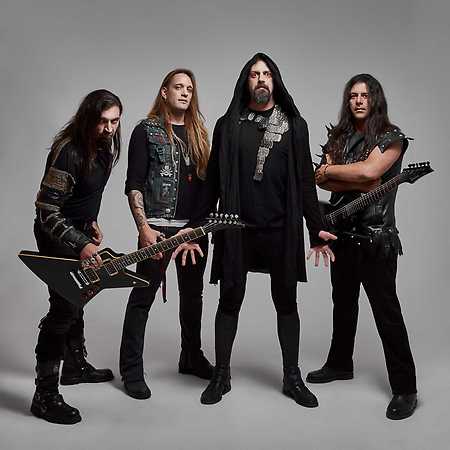 Nightfall is a Greek progressive doom/death metal band (a group of their own style called "epic war metal"). For the first time on each other's attention in 1991 with demos of Vanity. It is in September 1992, followed by the debut disc "Parade Into Centuries", which originated in the study of Praxis. His support play in October with Paradise Lost in Athens. At the beginning of the year following the report added keyboard player George Aspiotis. In January 1994, appearing on the market of the second CD "Macabre Sunsets". From April to may travel across Europe. A year later, are fans of the mini-CD "origin with enhanced Eons Aura" that contains, in addition to three of their own songs, a cover version of "Thor" from the Repertoire of Manowar. It also emerged in the Praxis study. On the production of the CD "Athenian Echoes" take care yourself Karadimas. At the end of 1997 traveling again in Europe, about the company, they took care of the vulture and the Four.