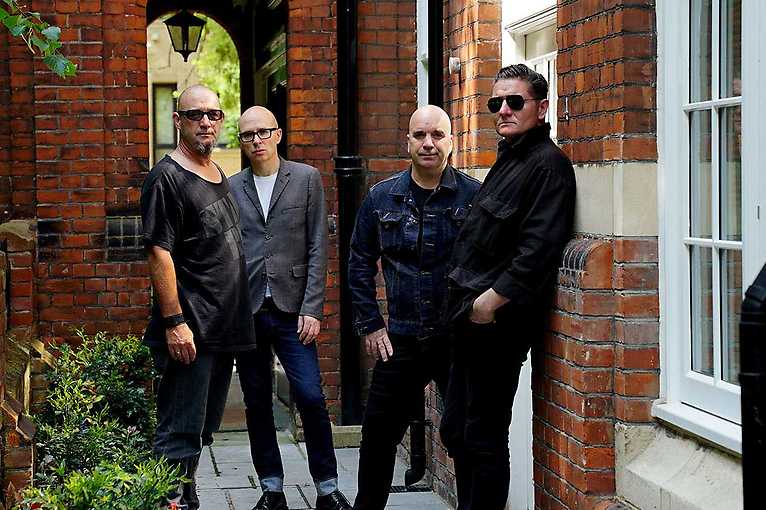 Nitzer Ebb, one of the most influential EBM projects, will come to Poland.

Nitzer Ebb are a British EBM group formed in 1982 by Essex school friends Vaughan “Bon” Harris, Douglas McCarthy, and David Gooday. The group released their demo, Basic Pain Procedure in 1983, but it was two years until they met PWL producer Phil Harding, who produced their 1985 debut single Isn’t It Funny How Your Body Works? and helped them set up their own label, Power of Voice Communications. The band at the time was inspired by the post-punk scene and specifically acts like Siouxsie and the Banshees, Killing Joke and Bauhaus. They released three more singles on their own label, Warsaw Ghetto (1985), Warsaw Ghetto Remixes (1986) and Let Your Body Learn (1986), before signing to Mute Records in 1986. The singles Murderous (1986) and Let Your Body Learn (1987) followed, building their reputation in the electronic body music and hard beat scenes, as well as making inroads into the developing Chicago house scene.

1987’s Join In The Chant became part of the Balearic beat scene that influenced UK acid house. Their debut album That Total Age was released in 1987. Depeche Mode, longtime friends and label mates of the band, invited them to open for the European leg of their hugely successful Music For The Masses Tour in 1987. Their 1995 fifth album Big Hit featured a greater use of conventional instruments, especially guitars and drums. Big Hit was the final release by the band for almost 15 years. McCarthy was a regular collaborator with Alan Wilder’s Recoil project and records with French electronic producer Terence Fixmer as Fixmer/McCarthy.

4:44 2 ×
Hedone  What Dickens Says About Loneliness