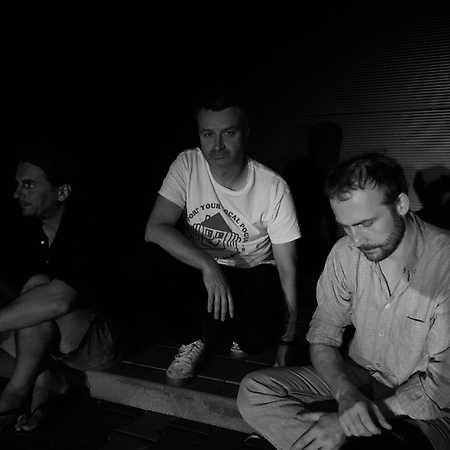 Although the musicians have already played together, the trio as NUTMEG was formed in August 2019. It consists of Piotr Kurek, Łukasz Rychlicki and Paweł Szpura. The name refers to a play known from soccer, which consists of clever and usually humiliating letting the ball go between the opponent’s legs.

Piotr Kurek, Warsaw-based musician, known for his project Piętnastka and several solo albums released by Mondoj, Hands In The Dark, Black Sweat Records, Dunno, Sangoplasmo, Digitalis and Crónica. Łukasz Rychlicki, known mainly for playing in Kristen and Lotto bands. He has worked with BNNT, Dynasonic, Piotr Kurek, Adam Gołebiewski and Hubert Kostkiewicz. Apart from music, he also deals with graphics. Paweł Szpura, played in such bands as Hera, Wovoka. He cooperates with Raphael Rogiñski, Miko³aj Trzaska. Since 2013 he plays in the Lotto band. With Łukasz Rychlicki he creates a duo dedicated to Albert Ayler.