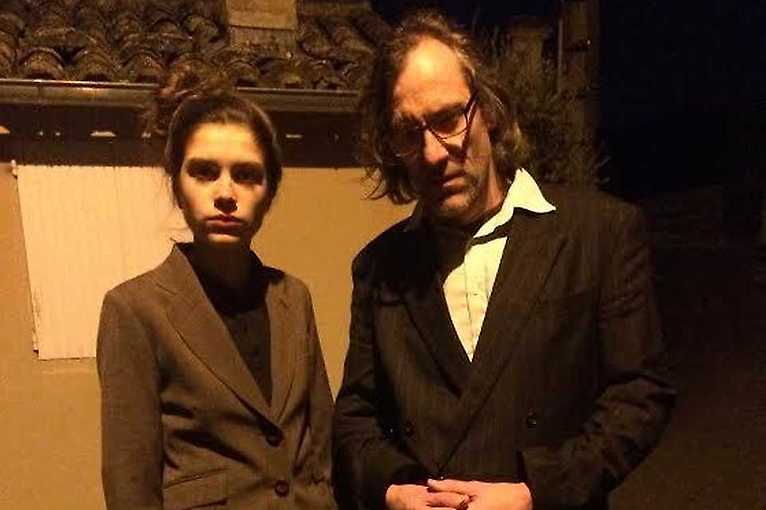 Antimother is a production platform and micro-label that seeks to support the frontier phenomena of contemporary music and sound design. This time for the second time with their OC/DC Cabaret they will close the Nultý bod (Zero Point) theatre festival in Karlín’s Alta studio on Thursday 14 August 2022.

Performers:
Yeah You (UK)
Yeah You is the duo of father Mykel Jaxn (aka Gwilly Edmondez) and daughter Elvin Brandhi combine industrial beats, bass and synths into their improvisations. They recorded their only one vinyl album Krutch (2017), in which they filter black metal through pop, in a black Renault Clio family car while driving through Holland, Germany and all the way to Budapest’s Aurora. What will they arrive with in the stopover on their way from Paris to Berlin?

“The music and letting-go part of it is already sort of social suicide – and then on top of that I’m doing it with my dad.” – Elvin Brandhi interview with Tristan Bath for the Quietus

Mme Psychosis (PL)
Active only in the dark & based in Vienna, Mme Psychosis (short: MP) can be caught in the evenings letting out the rhythms, melodies, and harmonies that haunt her during the day. In MP’s music world, the beat is your guide and your drive, along with the synths and vocals.

Jano Doe & False Trance (SK & CZ)
The premiere of two projects that should have played together twice already. Katarína Gatialová, performing on the music scene under the name Jano Doe with her modular synthesizer in combination with the fragmented free-jazz rhythms of drummer Ondrej Parus, aka False Trance.

DJ Škrtím Srnky (SK)
An integral part of Antimother’s live performances is DJ Škrtím Srnky who closes the event with his uncompromising sets of emotionally challenging, strange songs. In doing so, he takes the model of home parties with YouTube to a collective level and busts the myth that something straightforwardly danceable always has to play at the end.