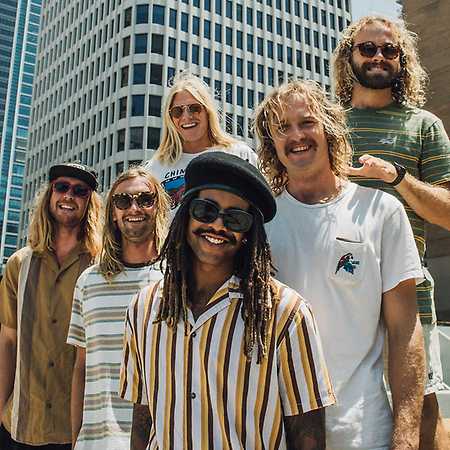 Ocean Alley is a rock band from the Northern beaches of Sydney, Australia. The band is made up of Baden Donegal (vocals, guitar), Angus Goodwin (guitar), Lach Galbraith (keyboards, vocals), Mitch Galbraith (guitar), Nic Blom (bass) and Tom O’Brien (drums). Their style of music has been described as “cruisey psych, rock and reggae fusion”. The band has released two studio albums and two EPs independently. Their second album Chiaroscuro debuted at No. 15 on the ARIA Albums Chart and No. 5 on the ARIA Australian Artist Albums Chart. Their 2017 track The Comedown was voted in at No. 48 in the Triple J Hottest 100, 2017.