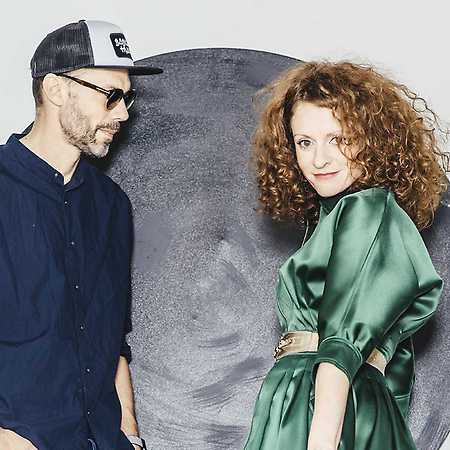 The drum’n’bass sounds of Ohm Square have changed over the years, due to growing production influences and experiences. The band was formed in 1996 with members Jan Cechticky, Jan Klenick, Dusan Lipert, and English-born singer Charlie One. That same year they released two European distributed tracks on the Prague-based label Mr. Cucumber. The group met the pioneering jungle vocalist, Nicolette, while she was visiting Prague. The friendship resulted in Nicolette putting an Ohm Square track, -_Pillow_, on her 1997 DJ Kicks compilation. The next year the group released their first full-length album, Ohmophonica, on the Czech label, Next Era. The album was distributed by MFS Berlin in Europe, but still hadn’t seen much attention state side where drum’n’bass had yet to really stand any sort of solid ground. In 1998, Ohm Square toured in support of the album and added drummer Vladimir Pecha and drum’n’bass DJ, DJ Koogi. Touring allowed the band to grow and explore their sound, and in 1999, they released their second album, Scion. The album was recorded in London and produced by Duncan Forbes of Spooky. The group continued to support the album by touring and teetering between the brash sounds of Metalheadz and the gentleness of Alex Reece. Remixes from the album Scion were released in 2001 and the band released material on their own label, East Authentic. The band also takes on a different persona under the name Babelfish Jr., with Cechticky on the turntables while Klenick and Charlie One support with live keyboards and vocals.