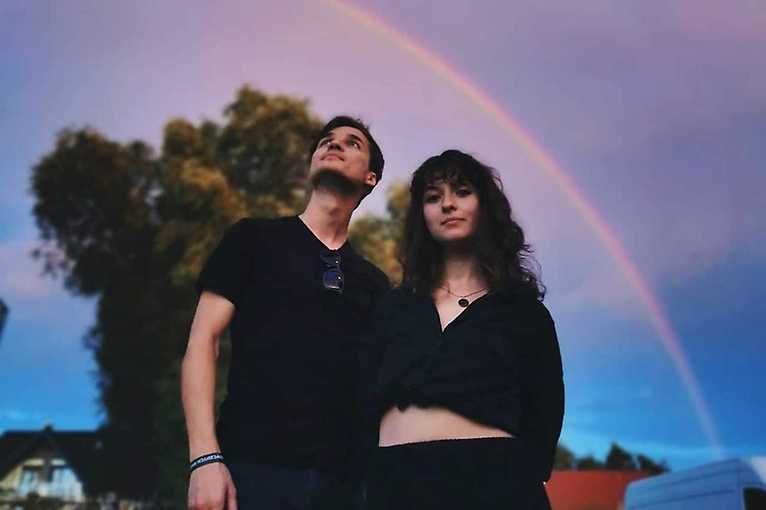 Kwiat Jabłoni (The Apple Blossom) is a brother-sister folk-electronic duo. Their repertoire is dominated by Polish, original songs with intriguing lyrics and a captivating musical layer combining acoustic instruments with electronics. The idea for an unusual combination of mandolin with piano and two vocals was taken from a new project of American musicians: Brad Mehldau and Chris Thile. Kasia and Jacek also introduce electronic drums to create a unique, fresh and modern mix of sounds.

Nocna Linia is a duet composed by Monika Mimi Wydrzyńska and Mikołaj Trybulec. He is responsible for composition and production, she composes, writes lyrics and sings. Both are still students. Monika is studying jazz vocal, Mikolaj’s sound creation. Their musical paths have crossed over a long time ago, but the Night Line project began to be formed a year ago, at first involuntarily playing in the attic. In spite of their young age, they had the opportunity to gain experience by collaborating with many artists.