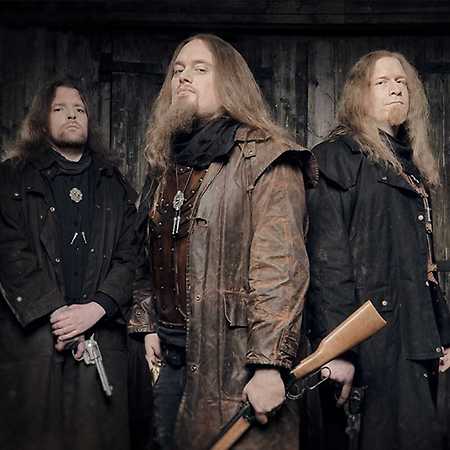 Orden Ogan is a German power metal band with progressive and folk metal elements. The band was formed in 1996 by Sebastian Grütling and Sebastian Levermann. Orden is german for a religious “order” and Ogan is old celtic for “fear”. The band has developed their very unique style of hard yet melodic heavy metal adding elements of folk, symphonic and elements of modern metal into their sound as well as german lyrics. They have entered the official german album charts with To The End in 2012 at #41, with Ravenhead (2015) at #16, and with their latest record Gunmen at #8 having hit several international charts at top 50 positions, being featured on germanys biggest tv station RTL in trailers of the formula 1 broadcast with we are pirates! (approx. 11 million viewers). Orden Ogan today is an internationally established heavy metal act with a big and growing following.