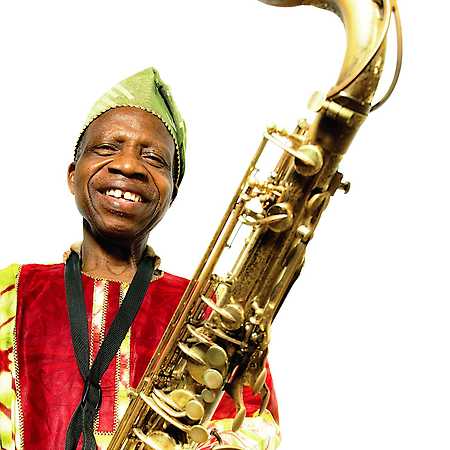 Orlando Julius & The Heliocentrics  In The Middle

About Orlando Julius & The Heliocentrics

Nigerian vocalist and multi-instrumentalist. In the 1960s, he became a pioneer of the new sound of Afrobeat. R’n’B, calypso and jazz were mixed with traditional melodies. He changed the face of music in Lagos by publishing Super Afro Soul in 1966. In 2014, he began working with the London collective The Heliocentrics, also known for their cooperation with Mulatu Astatke. They recorded the album Jaiyde Afro together.

Shabaka and the Ancestors