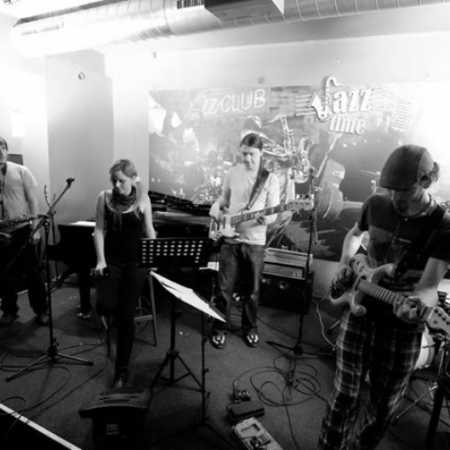 Overhead band originated and evolved in the course of the year 2012. The original name of the band was Other Roles. The founding members were bassist and singer John Pulkert Bara Smejkalová. The band is replaced for piano Radek Kaspar and Francis Krtička. In October 2012, the composition of the band changed radically, and with it the name of the band. Bandleader became saxophonist John’s Kamil. The original lineup remained singer Bara Smejkalová together with drummer Tomas Pialat. K band added guitarist unique and crazy Lada Štefek with his yellow guitar and finally bassist John Plasil, who is also a very funny speaker. – Translated by Automatic service