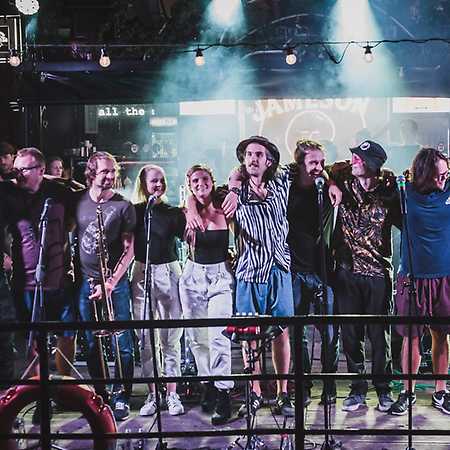 P.Unity – a ten-person Warsaw-based project set in funk style, operating in an almost unchanged line-up since 2014. The band has a well received the EP Mango (2017), which opened the door for the band to many Polish stages. The material also reached the legend of Polish jazz Michał Urbaniak, who invited P.Unity to collaborate on the last album of the project Urbanator Days – Beats & Pieces. The album included two songs arranged and recorded by the band – P.Lex and Wasabi Vibe and were appreciated by the Polish media. P.Unity’s first full-length album Pulp was released in autumn 2018 by U Know Me Records and was nominated for the Fryderyk award. Despite the ever-growing studio output, the group feels most at home in concert conditions, and Polish critics describe them as one of the best live bands in Poland. The band was well received at Spring Break (Poznań) and GoodVibe (Koszalin) festivals, Solidarity of Arts (Gdańsk, concert with Michał Urbaniak) as well as numerous club performances all over Poland.