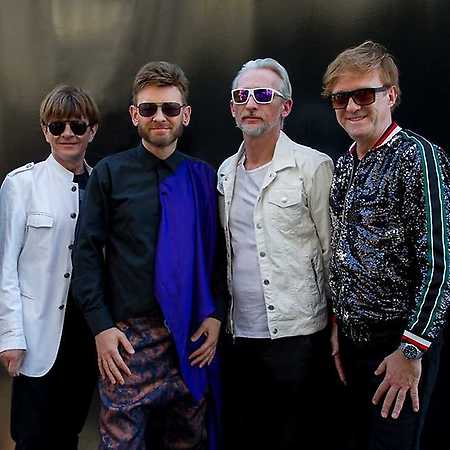 The band Papa D was formed in 1984 under the name Papa Dock, a year later the group Papa D changed its name to Papa Dance. In the summer of 1985 a debut album entitled Papa Dance (Savitor) was released. The band performed at the Festival of Polish Song in Opole in a concert of hits with the song Kamikaze wróć. In January 1986 Paweł Stasiak became the vocalist of the band. In 1988 the third album Nasz Ziemski Eden was released. In the 80s the band Papa Dance gave almost 600 concerts, and CDs and cassettes were sold in over half a million copies. It was popular in Germany, Czechoslovakia and the Soviet Union, where the Moscow concert of Papa Dance hosted 100,000 spectators. At the end of 1989 and in 1990 the group gave concerts in the USA, mainly in Polish clubs. In December 1990, during one of the trips, the group suspended its activity. In the summer of 2002, a single was released – everything will happen on the beach, which heralded the return of the band. In 2005, Warner Music Poland released the album _1 000 000 000 fanek nie mogło się mylić! At the end of November 2007 Papa Dance changed its name to Papa D. The new stage of the band started with the promotion of the song Będziemy tańczyć.