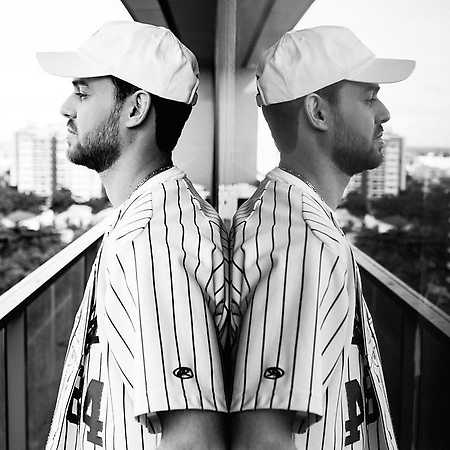 Tiago da Cal Alves, better known under his Papatinho moniker, is a beat maker and DJ as well as an autodidactic producer from Brazil. He is the official producer of the Cone Crew Diretoria rap crew, but he also produces for other artists.

In 2008 the musician from Rio de Janeiro decided to quit his studies and fully dedicate himself to rap music. He had started producing music as early as 2006 while his childhood friends and later crew members began writing lyrics. In 2008, Papatinho won the only edition of Battle Beats Brasil in Rio and became known in the scene.

In 2011, he produced the first album of his Cone Crew Diretoria, Con Neurônios Evoluindo, in which he combines various music styles such as samba, jazz, blues, film soundtracks and even meditation music. As a producer, he became known all over the country with his hit Flame the Mulekes. In 2014, he performed at the most important festivals of the country, the first international tour followed not much later.

In 2015, Papatinho was finally discovered by an American manager and traveled to Los Angeles to make beats for artists like Travis Baker and Snoop Dogg.