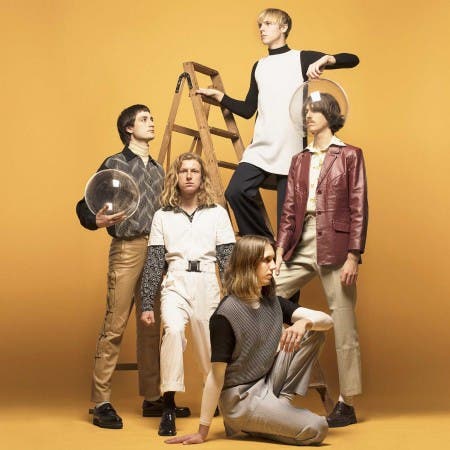 Parcels are an Australian band consisting of Louie Swain (keyboard), Patrick Hetherington (keyboard), Noah Hill (bass), Anatole Serret (drums) and Jules Crommelin (guitar). Even before the band was founded, the members, who grew up in Byron Bay, worked on various musical projects from folk to metal. In 2014, the members finally got together and founded the band Parcels, named after the café of one of the band member’s parents. A year later, after producing their first EP Clockscared independently and releasing it on March 2, 2015, the band decided to move to Berlin together, where they currently live.

Shortly after moving to Germany, Parcels played at festivals such as the Dockville Festival and the Fusion Festival.

After Clockscared was successful, especially in France, the French label Kitsuné signed the band. At a concert in Paris, Daft Punk became aware of the them and together they produced the single Overnight, released on June 20, 2017. The following second EP, Hideout, was released on January 27, 2017.

The band members themselves describe their music as a mix of electro-pop and disco-soul music, inspired by the 70s and combined with modern sounds.

On June 25, 2017, Parcels played at the Glastonbury Festival, had their first appearance on US television on the Conan talk show in September 2017, and played live on BBC Radio 1 on January 8, 2018.