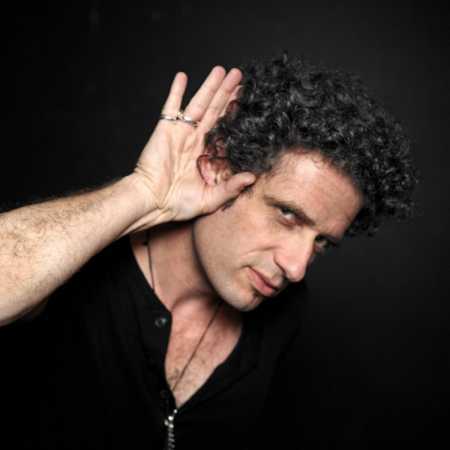 aul Wallfisch  Because You're Gone (live)

Contemporary music director Stadt Theatre Paul Wallfisch you might as well meet in a smoky rock club with a bottle of Jack Daniels in his hand and three girls dangerously close to your sides, as a first-class reception, where would-be decent pianist plays Mozart wrong. During more than twenty years on the stage, Paul played with Firewater, Love and Rockets, Sylvain syle, Stiv Bators, or even with Johnny Halliday, in recent years, also released two albums with the legendary New York alternative, singer Little Annie. Perhaps the one most closely approximates what plays to his solo performances. And the music meetings Small Beast, where have the years invite interesting personalities. With the incredible intensity and closeness plays his songs, chansons aged and hard to interpret classics by Leonard Cohen and more – all equally plausible, easily and naturally. Paul Wallfisch is a born entertainer, continuously changing from telling jokes into songs that soon began to persuade Miss in the first place to dance. At his concerts feeling odor American noir jazz clubs of the twenties of the last century and the French distillers to Pigalle, but as well as cigar Fats Domino, taste vodka Vladimir Vysotsky or pungent perfume of Josephine Baker. Paul is a cosmopolitan, too restless and unanchored out to pursue only one genre, one fun. His concerts are memorable because of the intangible personal charm, without which his pure musicianship was halved. It is this fleeting intimacy is rare – and actually the most important thing. – Translated by Automatic service