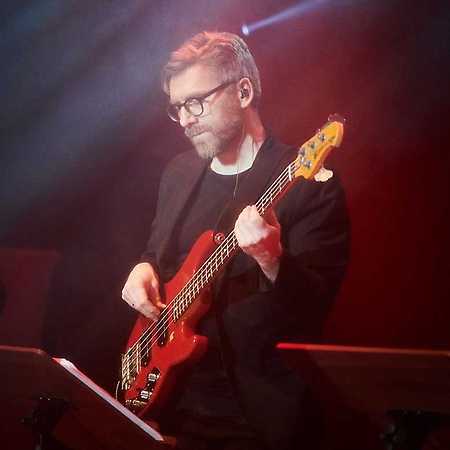 One of the most recognizable bass players in Poland. For years he has been playing in the band Fisz Emade Tworzywo, with which he received 2 Golden and 2 Platinum Records for the albums: Mamut and Drony. In 2015 he was awarded Mateusz Trójki for his solo album Pendofsky. He also published the book “Szkoła Gry na Basie Elektrycznym” (“School of Playing on Electric Bass”) published by Absonic. For years he has been cooperating with Magazyn Basista, a trade magazine, publishing regular bass workshops in it since many years. His album Gumolit was nominated for the 2021 Fryderyk Awards in as many as 5 categories.