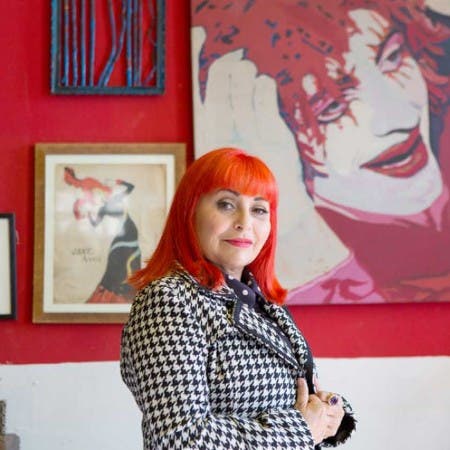 Performance artist, actress, and writer Penny Arcade (born Susana Ventura), has been involved in avant-garde theater since the late 1970s. She collaborated with Andy Warhol, and was a star of his famous Factory. Arcade has worked with numerous underground theaters, with a focus on improvisation and performance art. In the 1990s, her performance Bitch! Dyke! Faghag! Whore!, in which she commented on questions of sexuality and censorship, was an international success. In New York Values (2002), she criticized her beloved city’s loss of cultural identity under mayor Rudy Giuliani. She is the co-author of Lower East Side Biography Project, which documents the life stories of the inhabitants of Lower Manhattan, in particular artists and activists, and thus captures the disappearing history of this part of New York City. She is currently writing her autobiography.