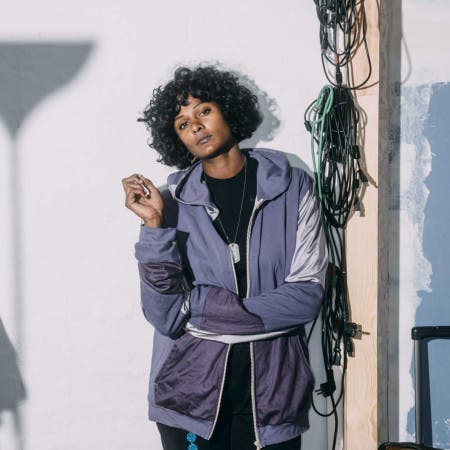 Sasha Perera is a British musician living in Berlin. She is the singer, MC, composer and songwriter of Jahcoozi and has released four albums with this band. In 2013 she released her first solo material, the single Bizarre under the name Perera Elsewhere. Stylistically, the single refers to the further development of sounds from the 1990s trip-hop. The accompanying album Everlast contains experimental futuristic lo-fi ambient with acoustic sounds and textures.