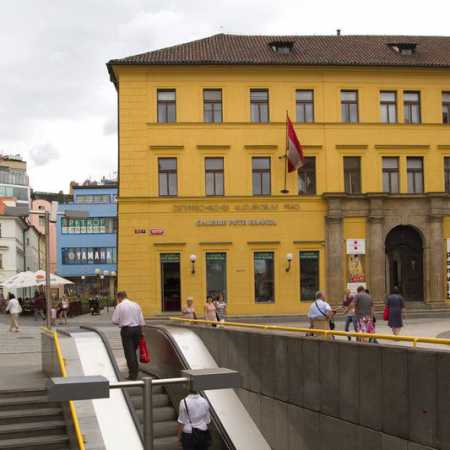 Gallery specializes on exclusive works of art and dates back to the beginning of nineties, being one of Prague’s first private selling galleries focused mainly on European classical painting between 17th and 20th century. During past years Petr Brandl Gallery realised a number of exceptional masterpieces of leading Czech and European painters and sculptors. Petr Brandl Gallery sold works of art to prominent public collections. Since 2011 Petr Brandl Gallery resides in the very heart of Prague and occupies new exhibitional areas of Franciscan cloister on Jugmannovo náměstí. Two-floor space of 300 square meters houses a collection of valuable Czech, Austrian, German, French, Italian and other European works of art.