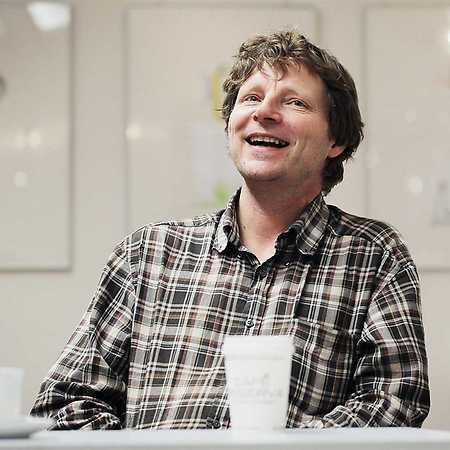 Artist, writer, illustrator, musician and dramatist. Nikl’s father was a painter and his mother was a doll designer. He studied at the secondary school of applied arts in Uherské Hradiště and at the Academy of Fine Arts in Prague. In 1995 he received the Jindřich Chalupecký Award, the most important Czech art prize for younger artists. He has also demonstrated his linguistic talents as a dramatist and a puppeteer. He thinks of himself as a “multidisciplinary clown”.