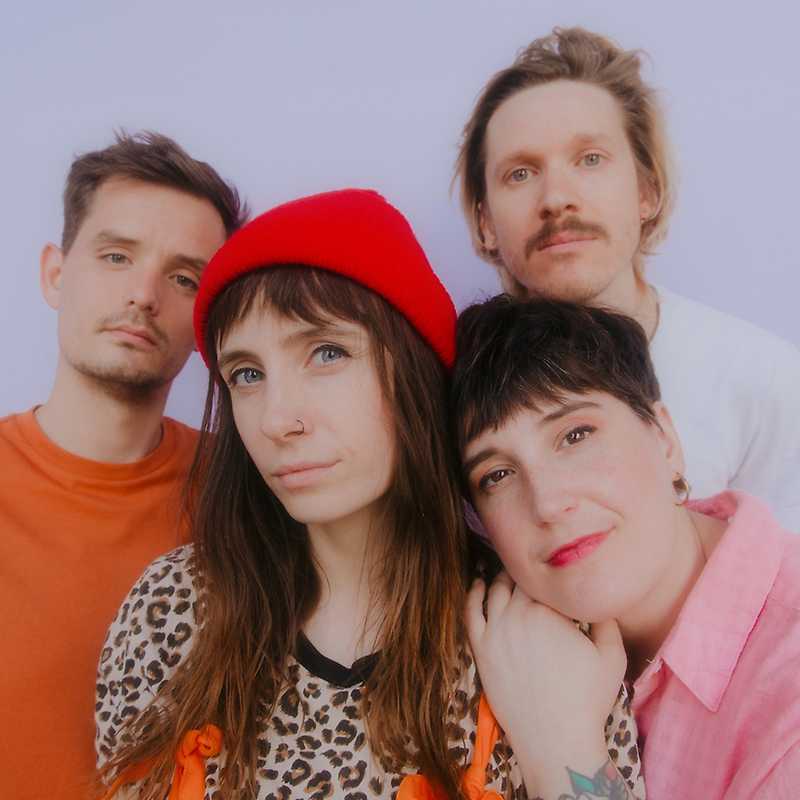 Petrol Girls are a feminist post-hardcore punk band, originally formed in London, with members from Austria, Lithuania and the UK. Now based in Austria, and touring incessantly, the band are strong advocates of freedom of movement, anti capitalism and intersectional feminism. Their new album, ‘Cut & Stitch’, develops the sentiment (inspired by writer Rebecca Solnit) behind their last EP, ‘The Future is Dark (which is the best thing the future can be I think)’ - that political change is a constant collective process that never stops, and that is often hard to see our place within. The band advocate this as reason to not give up on ourselves or the causes we care about – to keep acting, caring, connecting and creating in a sustainable way. Petrol Girls are rooted in a DIY music community that has always combined politics with punk rock; part of a counter culture that constantly challenges mainstream values like nationalism and the gender binary, and the oppressions that these ideals promote.Petrol Girls are named after Pétroleuses, mythical women of the Paris commune who allegedly set fire to private property with Molotov cocktails made from milk bottles, and rejected traditional gender roles."